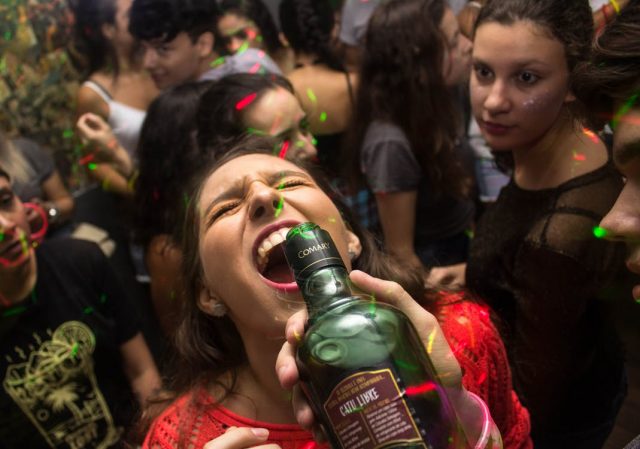 Culture may be defined in a simple form as a set of traditions that are unique to a group of people in a society, which set them apart from other groups. It can also be defined as the Way of Life of a group of people in a society. The theory of culture is a little more complex, however, when we talk about culture within culture, otherwise known as sub-cultures. It could actually be said to start with the basic individual ‘ways of life’ that make one person unique from the next person. Then we take it to the next level of family culture that binds a family together, differentiating its members from the next family in the community. Next up, there is the community culture, which sets one community apart from the next community within an ethnic group. And, of course, every ethnic group within a country is different from the next one in many ways, because each has unique ways of life called culture, made up of peculiar traditions or customs. And then, there is the culture of a country, in this case Nigeria, which sets us apart from Ghana and the other nations in West Africa. Specifying West Africa is to say that there are certain cultural traits that you find to be common among West African nations, which set them apart from people of other regions of Africa. Then, finally, we have the African Culture, being special ways of life that are commonly found among Africans, making us distinctly different from Americans, Asians, Indians, and people from the other regions of the world.

When two different cultures meet in our contemporary world, there are acceptable rules of engagement, or principles that guide their interaction. The rules include mutual respect between the interacting cultures, and this is based on the notion that all cultures of the world are legitimate. The mutual respect begets mutual tolerance, and, the differences between the interacting cultures are seen as reasons for celebration, and not reasons to quarrel or disagree. In other words, it is recognized that there is beauty in cultural diversity. This was not the situation when the European race met with the African race for the first time so many years ago. Their meeting was the classical case of intercultural interaction gone badly!

The culprit of that classical error was ‘Mr. Ignorance,’ who is the cousin of ‘Mr. No-information.” When two cultures meet for the first time, the level of success of their interaction is partly determined by the information that each culture has about the other. This is where ‘Mr. Language,’ the son of ‘Mr. Communication,’ comes into play. When the white man and the black man met for the first time, they could not communicate, because their languages were a world apart. Based on this, a bunch of assumptions were made by each party about the other in that initial meeting, which determined the nature of the intercultural interaction between the two races.

The white man could not understand the language of the black man, and vice-versa; hence, each party believed that the other was not human. Unfortunately for the black man, his belief did not really matter; the white man was more powerful in many ways. Importantly, the white man was more ‘vocal’ in the global community, so, his views during that crucial initial encounter prevailed. The gist of it all is that the European race erroneously concluded that God intended the black race to be slaves; that blacks (Africans) were less than human. And, of course, if Africans were perceived as less than human, then there was absolutely no reason for the white man to believe that the African Culture was legitimate. That was the beginning of the demonization of the African Culture in its entirety!

That, also, was the Old World Order. Fortunately for Africa and the other “less privileged” cultures, God Almighty built the world around the phenomenon called Change. The wind of change is forever blowing, and continuously turning the world and humanity from one era to another as we grow in knowledge. For humanity, the change is most often about our Belief System. In other words, God’s intentions or design for humanity has never, and will never change! Rather, it is our understanding of those intentions that constantly changes. For instance, we once believed that the world was a flat object; now we know better. We are now aware that the world is spherical. Yet, the man that discovered this fact was actually accused of “blasphemy” and executed when he revealed it; the same way that so many Africans died in slavery simply because other people believed that Africans were less than human. And, they often quoted the holy bible to justify their erroneous beliefs. There are so many other examples of errors made by humanity based on wrong beliefs. This is enough reason for every human to leave an open mind about anything that we know as fact today, because facts are subject to change in the face of superior argument or evidence.

Today, there is a New World Information Order, which has rubbished many of the beliefs of the Old Order, because we are now better informed about the world and human nature. My interest in this treatise is our better understanding of Humanity and Culture. In the New Order, Humanism is no longer a Eurocentric view of the world; all humans are now accepted to be equal in the eye of our creator. No wonder an African, Barrack Obama, is now the president of America, the greatest nation on earth; the same nation that had championed the Old-Order notion that blacks were sub-human. It is now a global consensus that all cultures of the world are equally legitimate; none is superior to the other, period! It is also a global consensus that none of the innumerable cultures of the world is pure or perfect. They are all flawed in various ways because we are all human, and anything human has faults, with no exception whatsoever. Therefore, there is one global consensus verdict on the culture of every society, be it village, country, or continent-Purify it; Don’t Destroy it! This is based on the welcomed notion that there is beauty, and there is unquantifiable positive value in cultural diversity. Have you ever tried to imagine how boring the world would be if all the peoples of the world looked, spoke, and behaved exactly alike?

Not so long ago, opinion leaders of the African American community commenced a double-sided Herculean battle within the mainstream contemporary American campaign for new world information order. The new order seeks to make the African Culture relevant in the global scheme of things, starting with America. On one side of the African American campaign, the opinion leaders aimed to change the negative attitudes of the white, the Asian, the Hispanic and other outside communities towards the African people. Beyond this, however, the African American leaders also had to deal with the internal problem of convincing African American youths that their African heritage was worth being proud of. This internal campaign was imperative, because there were too many African American youths who, haven been bombarded with so much negative information about Africa, had gotten so disenchanted with the continent, that they denounced and renounced it as their heritage. Many insisted that they were black Americans, and not African Americans. In fact, they were ready to fight anyone who associated them with Africa. I should know; I had more than one fight of my own in the early 1980s in Houston, Texas, for telling some African Americans that they could not escape being African. The disenchanted youths certainly had no respect for African names, not to speak of bearing them.

However, a sudden remarkable wind of change began to sweep across America not very long after the commencement of the massive global campaign for improved intercultural interaction in the 1980s. The general idea was to establish and promote the notion that all cultures of the world are legitimate, and each is relevant in the global scheme of things. Notable African Americans led the campaign from the Afro-centric perspective, and pursued it through their various personal experiences. Speaking of the people that I have personally encountered on this subject, Baptist Minister, Reverend William (Bill) Lawson immediately comes to mind. So does Social Activist, Mr. DeLoyd Parker, founder of SHAPE Community Center in Houston, Texas. SHAPE is acronym for “Self Help for African People through Education.” And, of course, I would not forget Molefi Kete Asante, PhD, founder of Afrocentric Philosophical Movement (APM), who I spent a couple of hours with on the subject, and I enjoyed every bit of it.

Fundamentally, APM argues that it is time for “Afrocentric Enquiry Into Encounters;” that the world must begin to seriously consider African points of view in every global topical issue. This ‘New World Information Order’ argument basically negates the old ways that upheld a Euro-centric view of the world, which fostered the notion that the European culture was superior to all the other cultures of the world. The new campaign maintains that the notion of superiority of one culture over another is no longer tenable in the modern, better informed world.

It was a great delight and honor to me as a young man when I sat for over two hours and shared views with Molefi on this subject. Our discussion happened just a couple of years after his historical presentation in August 1979, at the “Bellagio International Conference On Black Communication.” His presentation became instrumental in UNESCO’s campaign for the New World Information Order. Titled “International Communication: An Afro-centric Inquiry Into Encounters,” Asante’s presentation basically condemned the “fallacy” of the old notion that anything that was not European, or consistent with European ways of life was wrong, bad or evil. In particular, Dr. Asante’s piece frowned at the categorical condemnation of traditional African religions, names, and other Afrocultural elements.

“The Zulu believe that they are the people of heaven,” Asante argues, “The Jews have contended that they are the chosen people; the Chinese say that they are in the middle kingdom of the earth; the Yoruba people of Africa believe that they were made a great people by the divine king, Oduduwa; and the Ashanti people say that a Golden Stool descended from the sky to firmly establish the Ashanti nation. Intercultural communication cannot effectively occur without regard to beliefs such as these.” According to Asante’s argument, the major differences in belief systems between the various peoples of the world, which are based on differences in cultural experiences, can no longer be ignored or underplayed.

How to Style “White Booties”

KennethChing - May 14, 2022 0
Hello Friends! Let's talk boots. I am talking specifically about white booties. I am currently revamping my guide to booties, so keep checking back....

How To Help Your Kid With Online School

The Thread Guide to “Checks Shirt”